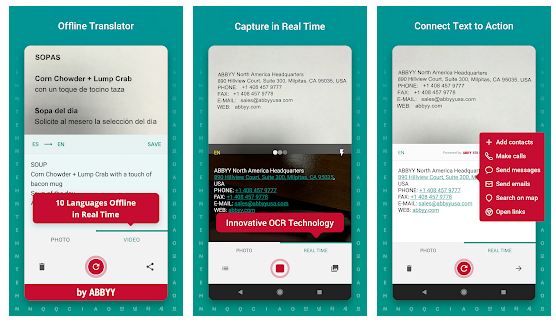 Best Translator apps for android have made our lives easy to know the words, phrases, or any text of the other languages instead of searching out in Dictionary. In the past, it was quite difficult for a person to read or listen to other languages. However, they have to learn them but the problem was that no one can learn many languages around the globe. A recent research and development of translation apps have fix the problem. Through these apps you can understand and listen to the translation of any language.

Here are the list of popular best translator apps list at appspodcast, because a best translation app can be very helpful in speaking, reading, and recognizing the new language instantly without any disturbance. In my opinion, you should install the best translate app on your android device. 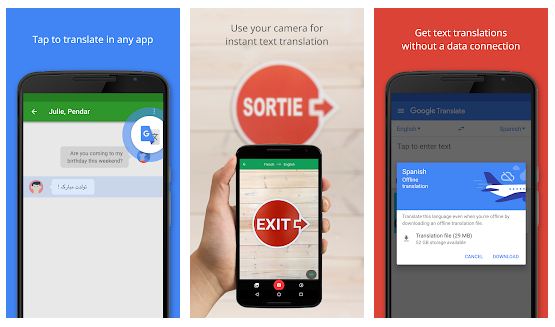 If you stuck in chatting to your friends or people around the world then google translate app is the best option and along with you any time. Google translate app translate between 103 languages just by typing, copy any text and tap the google translate icon to translate. This Translate app also gives you an instant camera translation. Even you can translate from the photos 50 languages. You can draw the text instead typing and it translates bilingual conversations. This app may require some permission to access these features like microphone for speech translation, camera for translating text, SMS for text messages, and external storage for offline use. 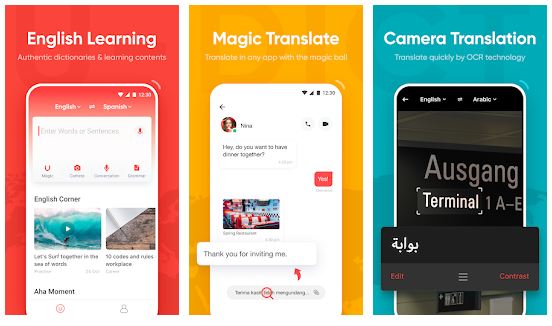 U-Dictionary translate and dictionary is one the best translation apps that meets your needs of translation effortlessly. Offline translation of 58 languages is also on hand. This is not only a dictionary but it also translates texts, pictures, or conversations in 108 languages. Some of the remarkable features are; magic translations from Whatsapp, Facebook, Youtube, and Instagram. Translate the text between any two languages, has the feature of camera translation, and you can copywords and sentences from apps to know instant meanings. 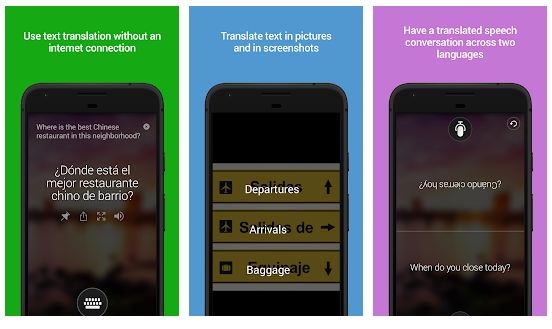 A fantastic free translation app that helps you to translate more than 70 languages, Microsoft Translator translates text, voice, conversations, and screenshots as well as camera photos. The languages can be downloaded for offline free translation use when you don’t have an internet connection. Share your translation with the app of your friends and you can pin and save the translations that usually are used by you. 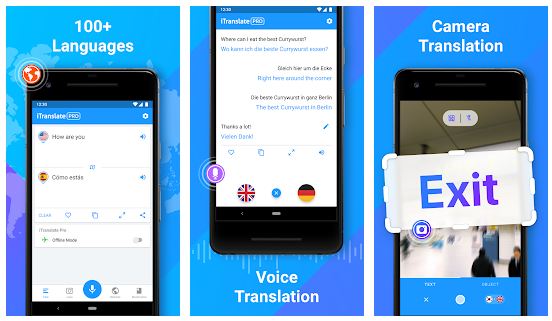 Looking for an app that helps you to translate the text within the pictures and can take photos? iTranslate Translator and dictionary would be the best choice for getting this purpose. In this app, you can translate the text easily or start voice conversations in upto 100 languages. Therefore, this app is loved and trusted by millions. It works offline as well and saves your expensive roaming charges and it includes a dictionary and thesaurus for all languages. 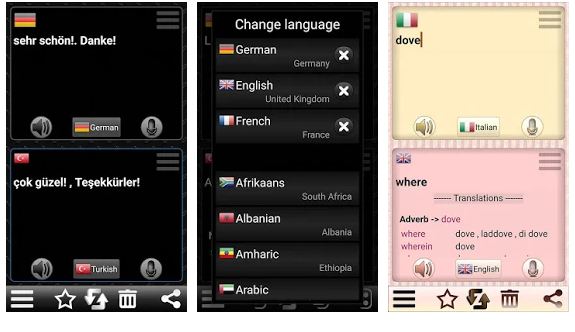 Easy Language Translator is an excellent voice and text input-output with definitions in both languages. It gives you a choice for the best words. One of the interesting things is that selecting a few languages save the time of scrolling much. Easy language translator is fast and easy, has hundred plus languages, translate text, translate voice, listen to your translation, share and send translation, copy the translation, and text to speech. 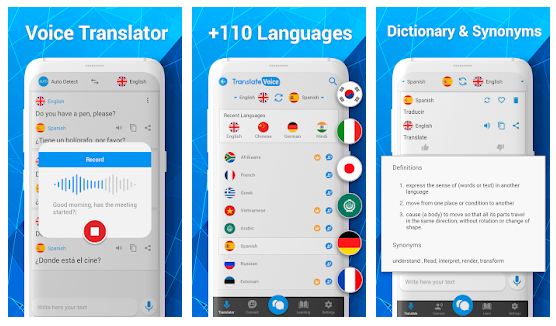 Talkao Translate – Voice Translator and dictionary makes you understand and translate into many languages. This app gives voice recognition and you can also listen to your translation and it has both word suggestions and correction of the spelling. Moreover, you don’t lose your translation and check it in the search history. Further, you can hold a conversation and helps learning languages easily and fast. 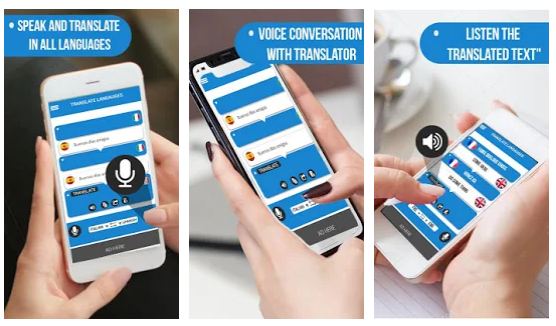 This mind-blowing voice translator app is getting popular in the world because in it you can translate the desired language by speaking. Except translating from voice to voice, you can even translate by typing. This app is a conversation translator and in it, two persons can talk in different languages on the same device.This app is a complete solution for voice to voice translation and it also contains the following. Two mic for different languages voice input to translate, accurate voice recognition, can save translation history. Hundred plus language and all are included text-to-text mode and many other common features. 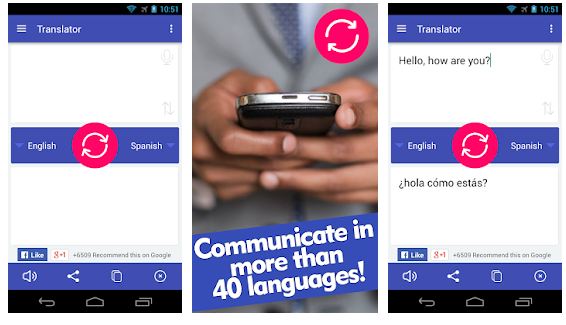 This is a very useful app for language translation because it describes the appropriate meaning in many languages. Now, language is not a problem wherever you are because this app has the ability to translate instantly from almost 100 languages it is an easy app to tackle. If you want to listen to the original sound or accent of any language just use the button that says, ‘original accent’. Even you can share your translation with your friends on Facebook, Whatsapp, email, or other languages. 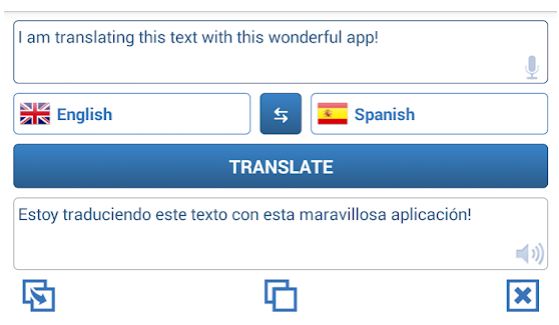 Traveling to other countries isn’t any problem with the account of communication. Language translator is that makes your traveling easy to other country and this even helps you in knowing the meaning of the words or translating a document. It translates just right and quickly on your phone or tablet. Its interface is simple and stylish, translations are done instantly, and this application is totally free. 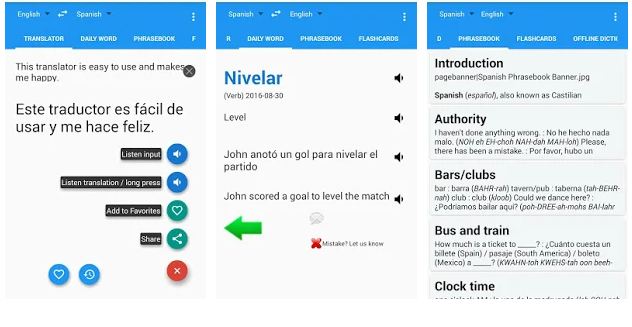 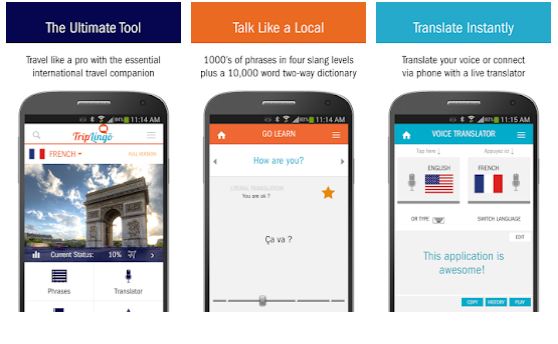 This translator app specially designed for international travelers to avoid the inappropriate situations while travel to different culture countries. TripLingo have collections of more than 2000 phrases of almost every language and can also translate your voice as well. Moreover you can also get the all features in free version and can get instant voice translator in 19 languages. 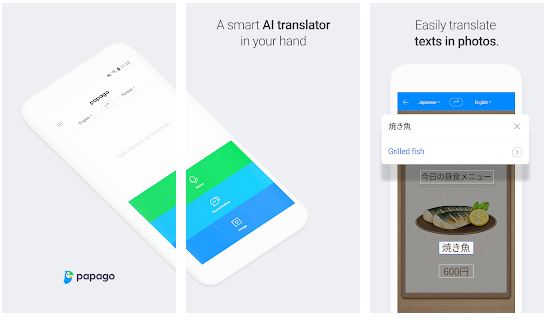 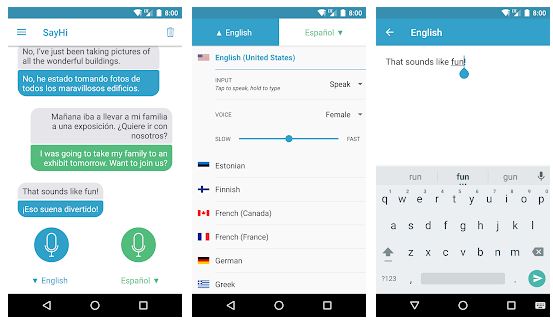 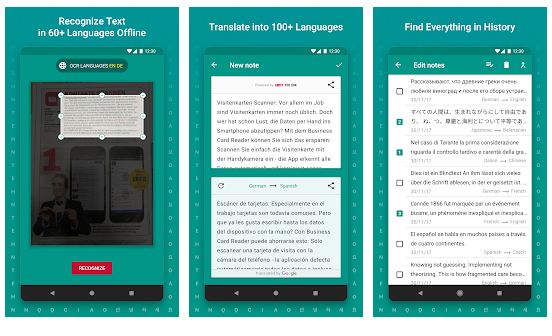 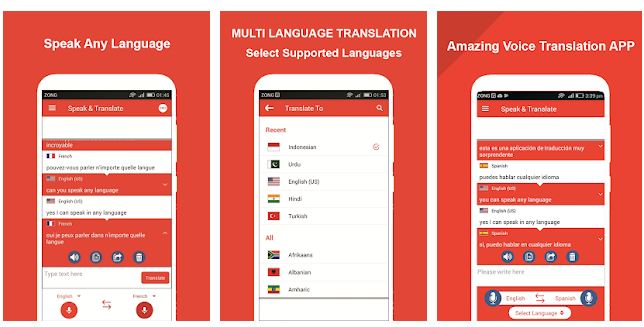 Translate app is free available and can translate voice to voice and dictionary as well. This Best translator app can translate text from English to all famous languages like Arabic, Chinese, Hindi, French. Everyone can download and use translator app, because no additional skills require to use this highly user friendly environment.

In the end, the Best translator apps for android have made the world a global village and helpful in traveling to other countries, in your studies. Through these apps, you can translate over 100+ languages and also listen to translations. They are also helpful in learning daily new words with the pure accent of a particular language. So, the android translation apps are more necessary to remain competitive at present time. 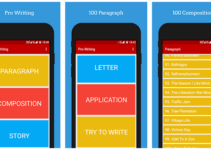 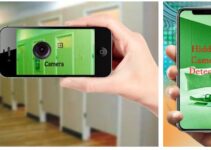